You might be saying, what do the Atlanta Habitat Restore and Chip Wade of HGTV have in common? Let me tell you.

Initially, they wanted Jenn’s bedroom dresser that we gave a makeover for the One Room Challenge a couple of years ago. Sadly there was no way that we could move this piece of furniture again – it’s just too cumbersome and heavy. We did purchase it at a Habitat store. You can read the entire story HERE. This is what it looked like when we brought it home: 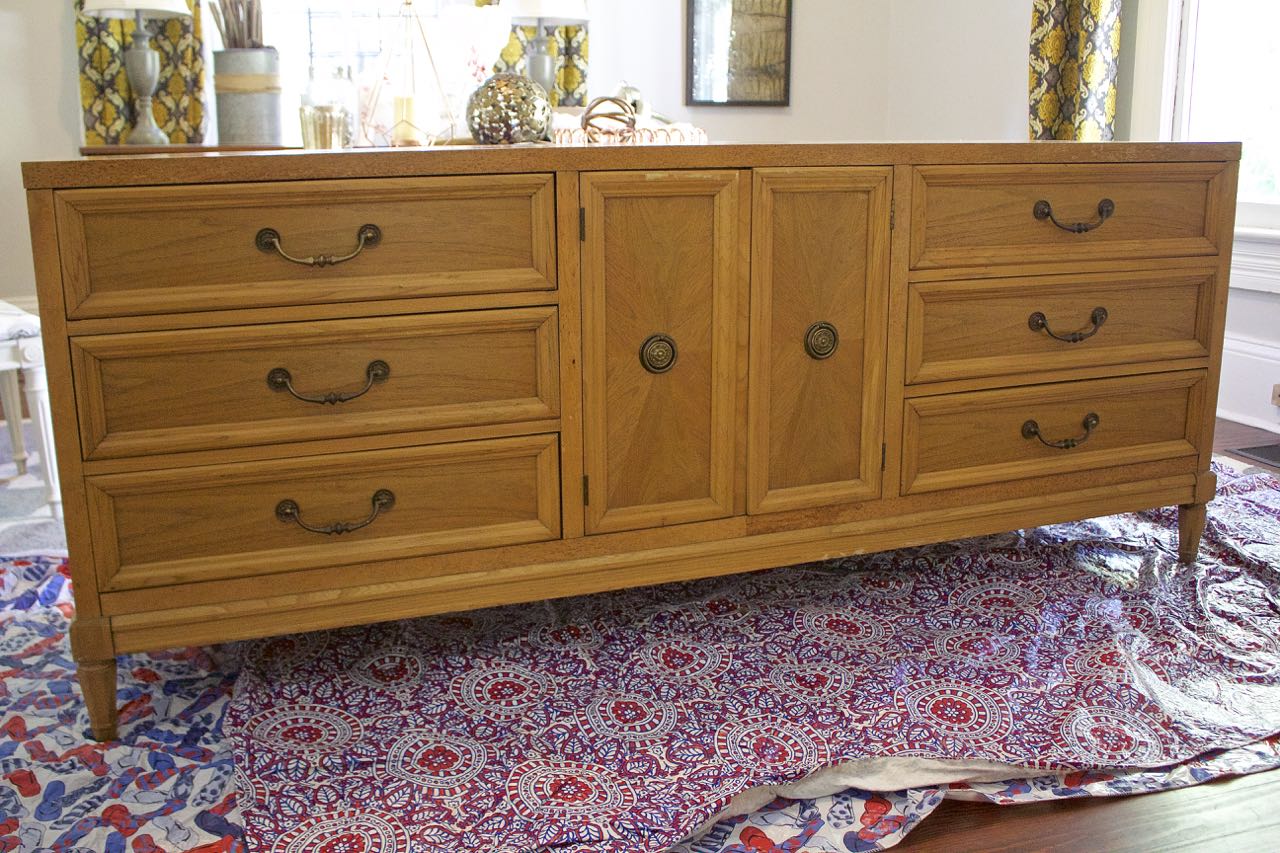 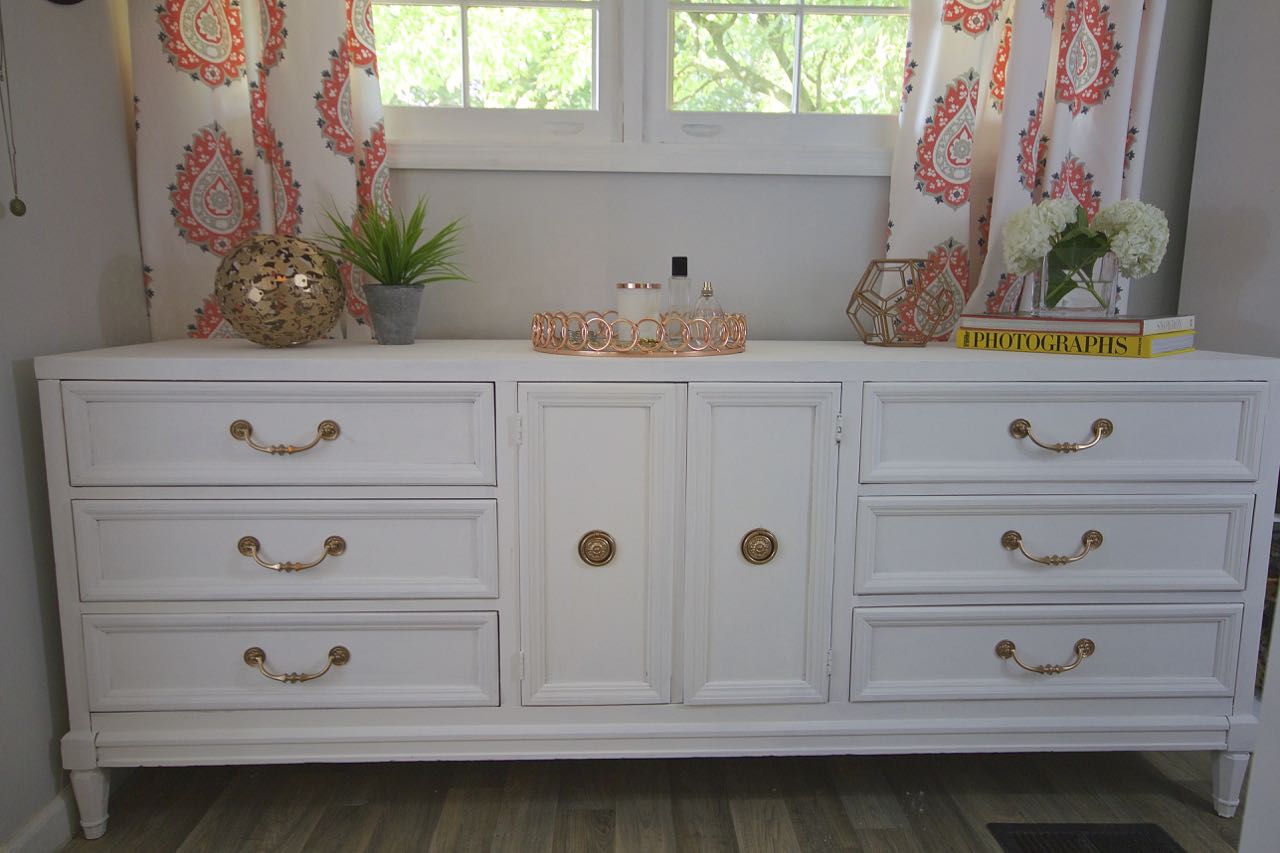 After clearing the jet lag from my head, I sent them links to popular blog posts. I asked if I could please submit a grouping of smaller items to bring for Chip and the DIY event. The marketing director and her team were thrilled with this idea and gave me the green light to bring whatever I wanted to.

At this point I still wasn’t exactly sure of what I was signing on for, but I was very excited to meet Chip Wade up-close and personal. I was also excited to meet the Director of the Atlanta Habitat for Humanity and other executives. 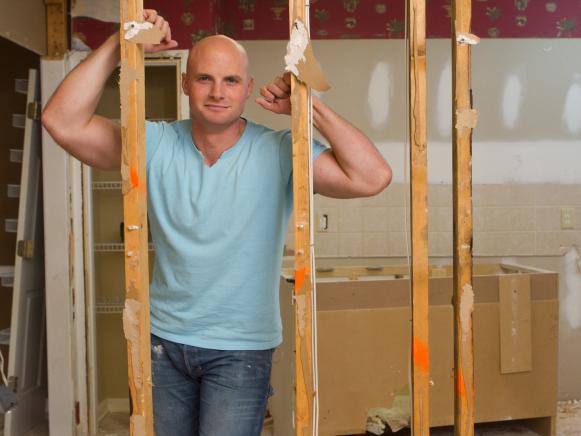 Are y’all familiar with Chip? He has been one of our faves on HGTV for a long time since he’s right here in Atlanta and an Atlanta native! Chip comes from a long line of master carpenters and he himself has impressive credentials. His television experience is extensive – Currently HGTV’s Elbow Room, HGTV’s Curb Appeal: The Block, Ellen’s Design Challenge, HGTV’s Showdown, HGTV’s Design Star, HGTV’s Wise Buys, Oprah, and CNN.

As the host, designer and executive producer on his Emmy Award Winning series, Elbow Room, Chip is present from concept all the way through construction to show DIY viewers how to customize their spaces and transform houses into homes that perfectly suit their lifestyle. We just love that.

I had to leave home early in order to be in Atlanta by 10:00 AM Thursday morning. It was a blustery day and a storm was expected in the afternoon – right at the time Chip was expected to arrive. According to my directions from marketing I went to the loading dock and was met by volunteers who helped me unload. 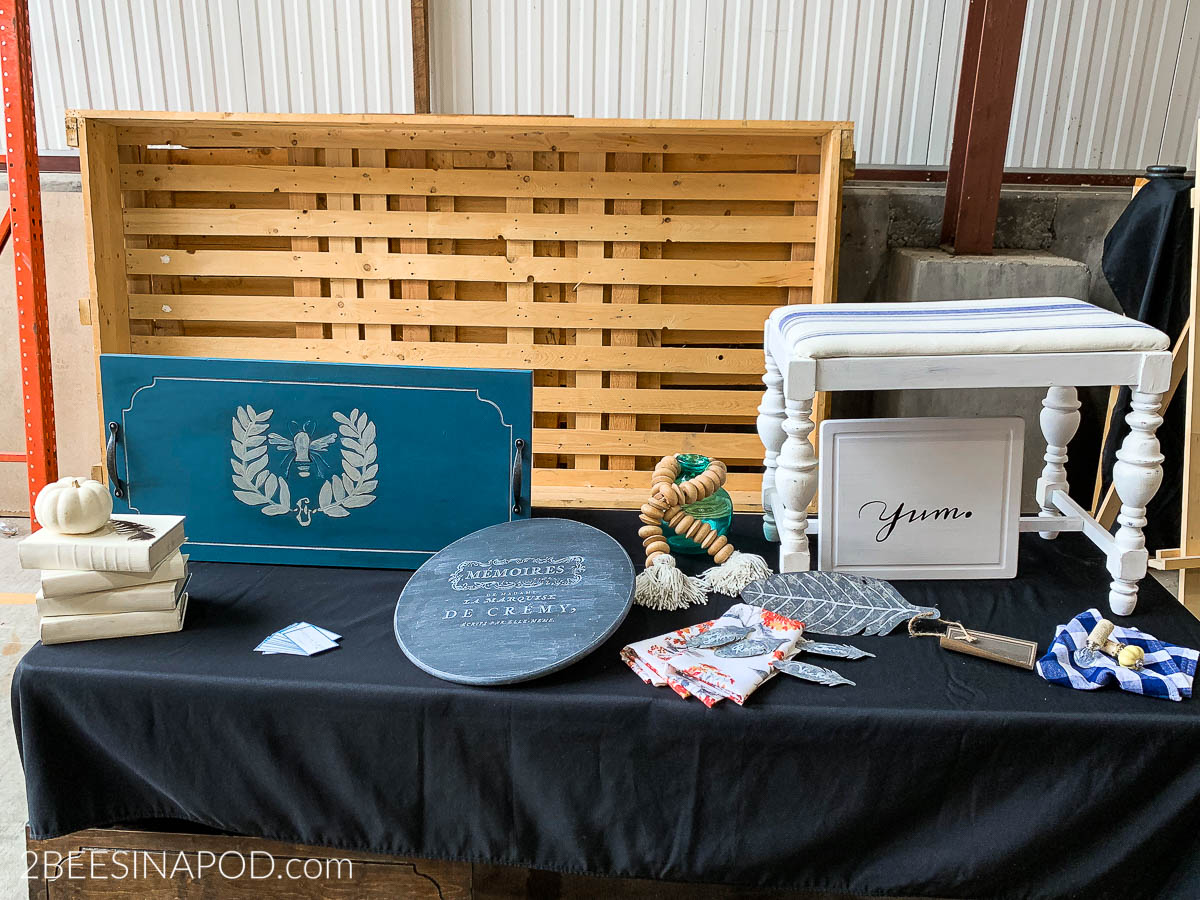 All of my wares were set-up on a table for Chip, Habitat execs, media, press and 200 attendees to view and ask questions. 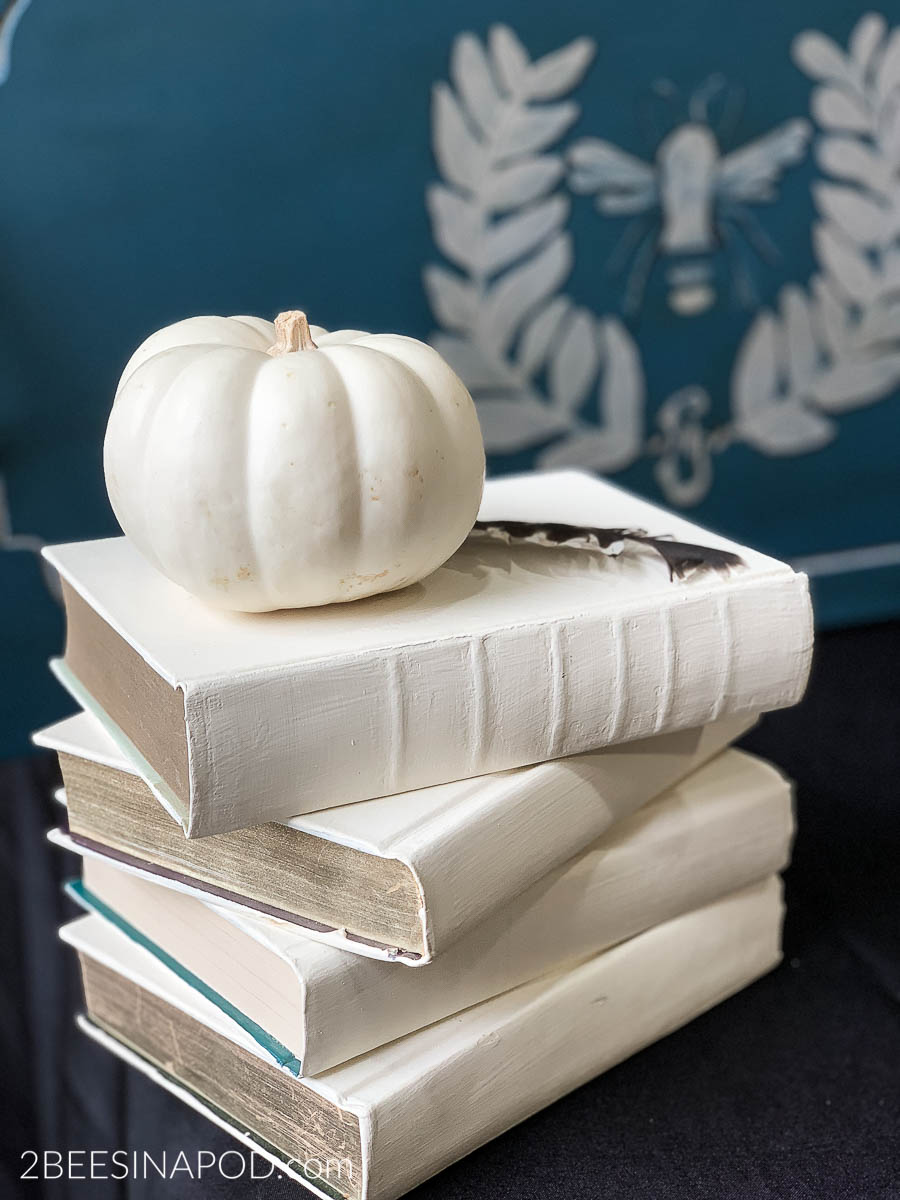 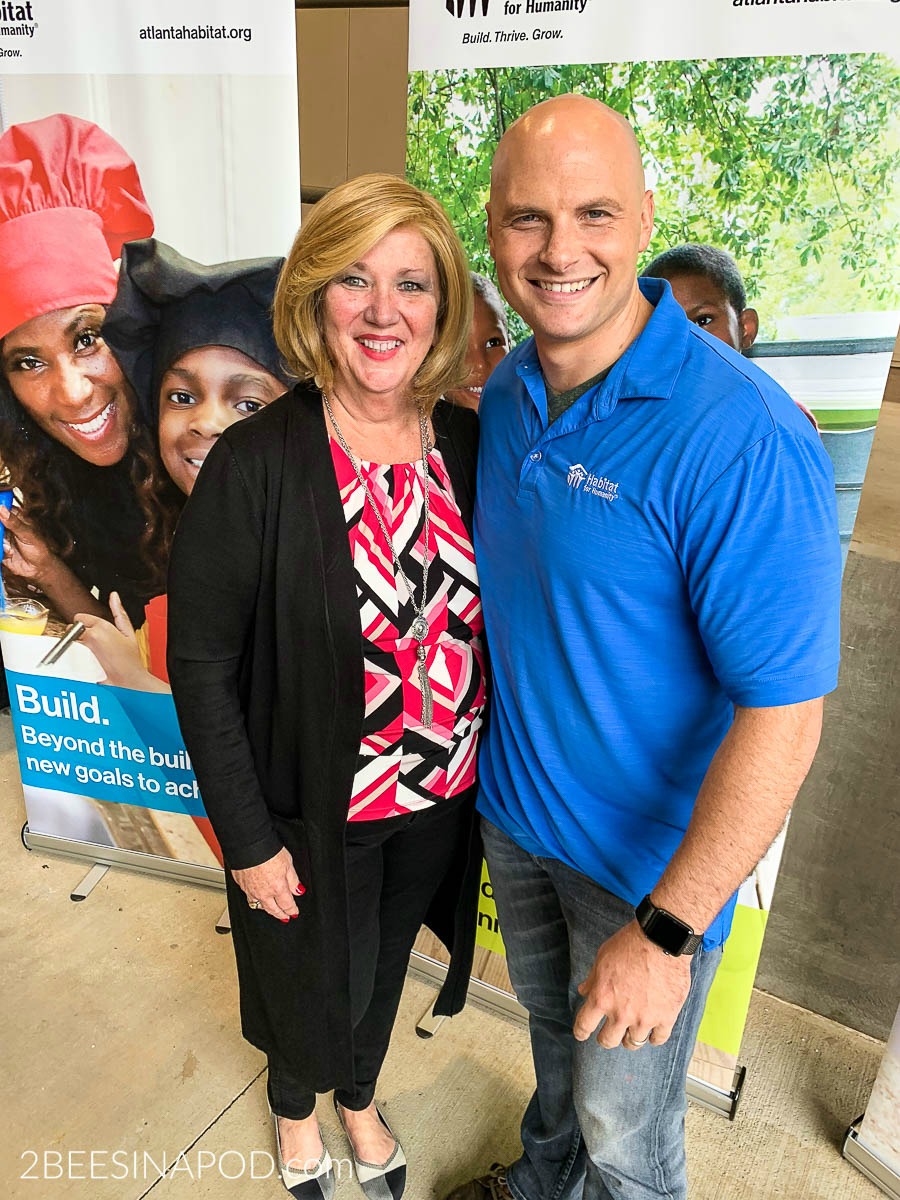 Chip arrived early and he is the nicest guy! So fun and engaging. He was intrigued by my faux galvanized feather place cards and oversized feather. 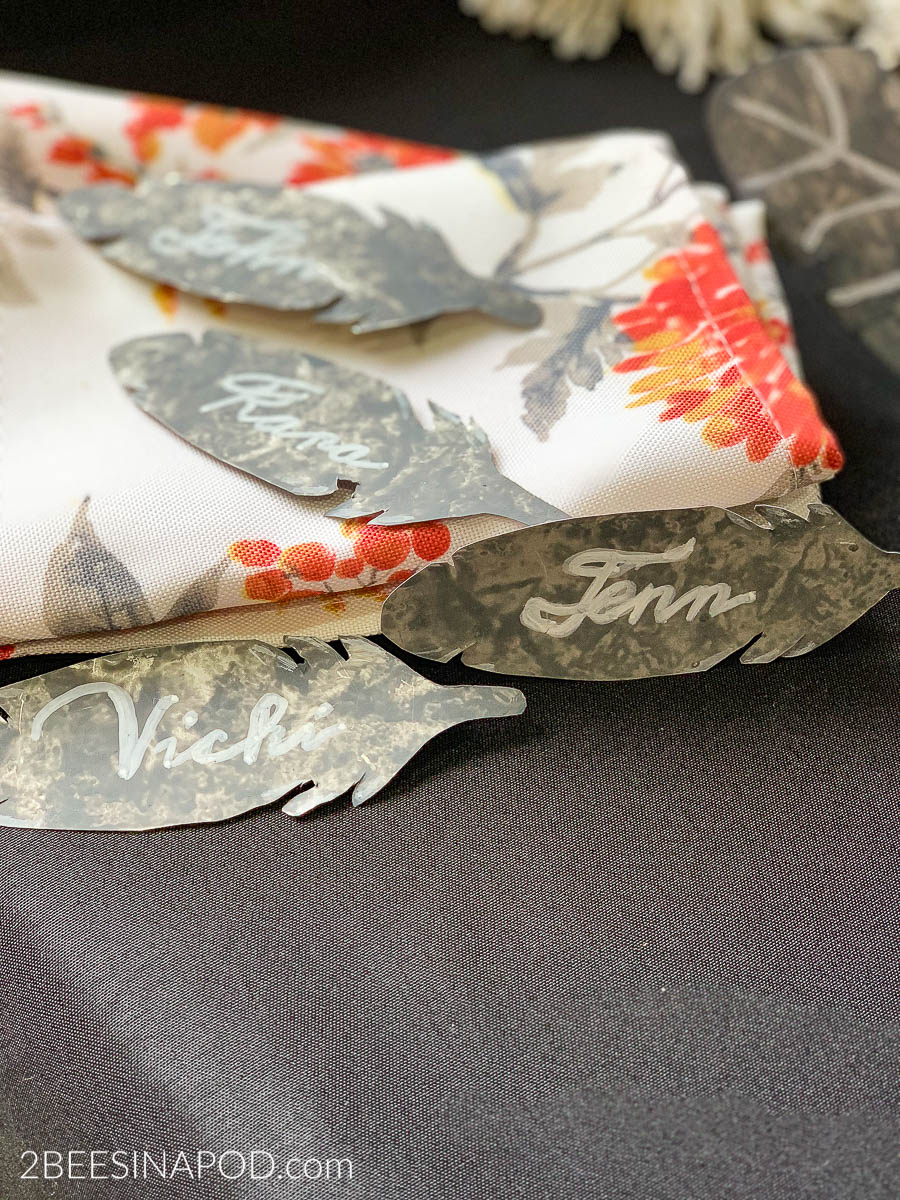 Chip asked lots of questions and couldn’t believe I made them from roof flashing. 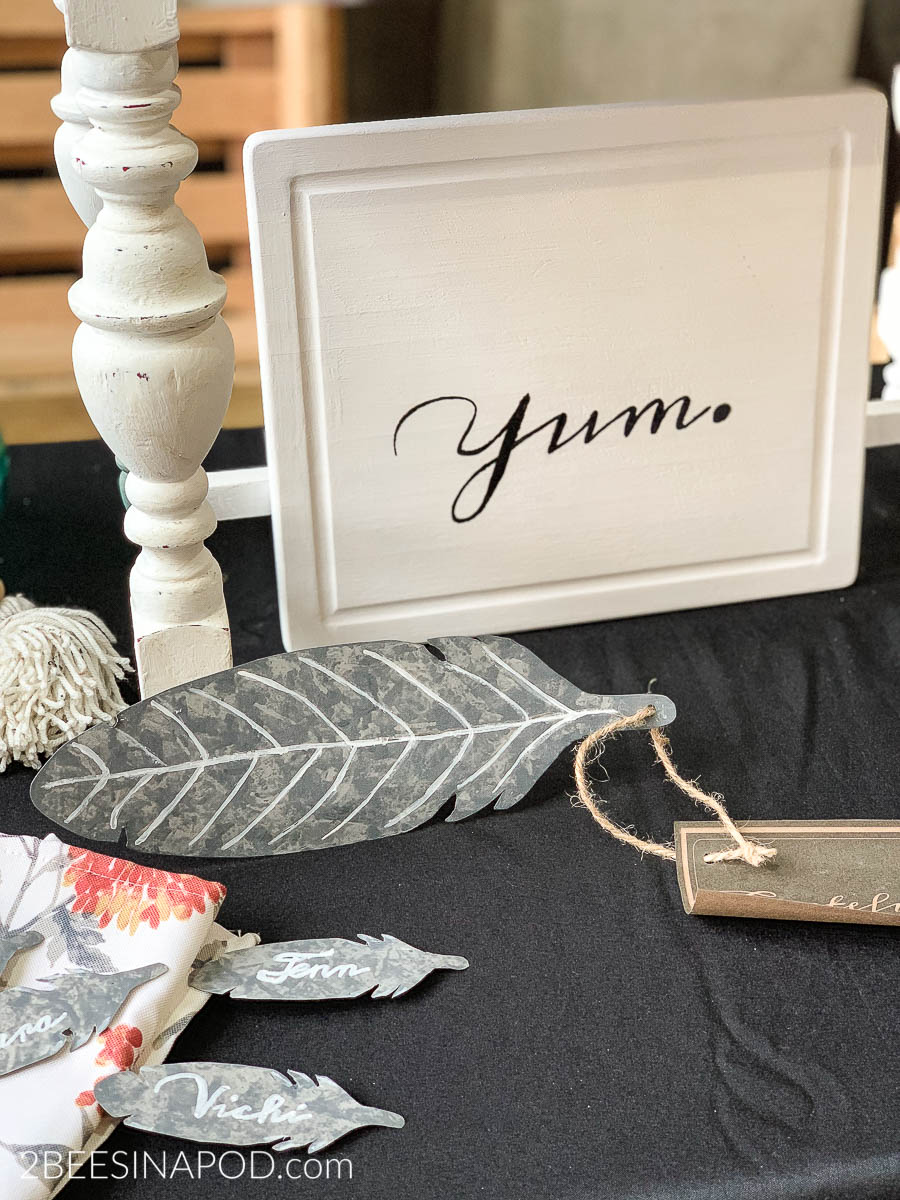 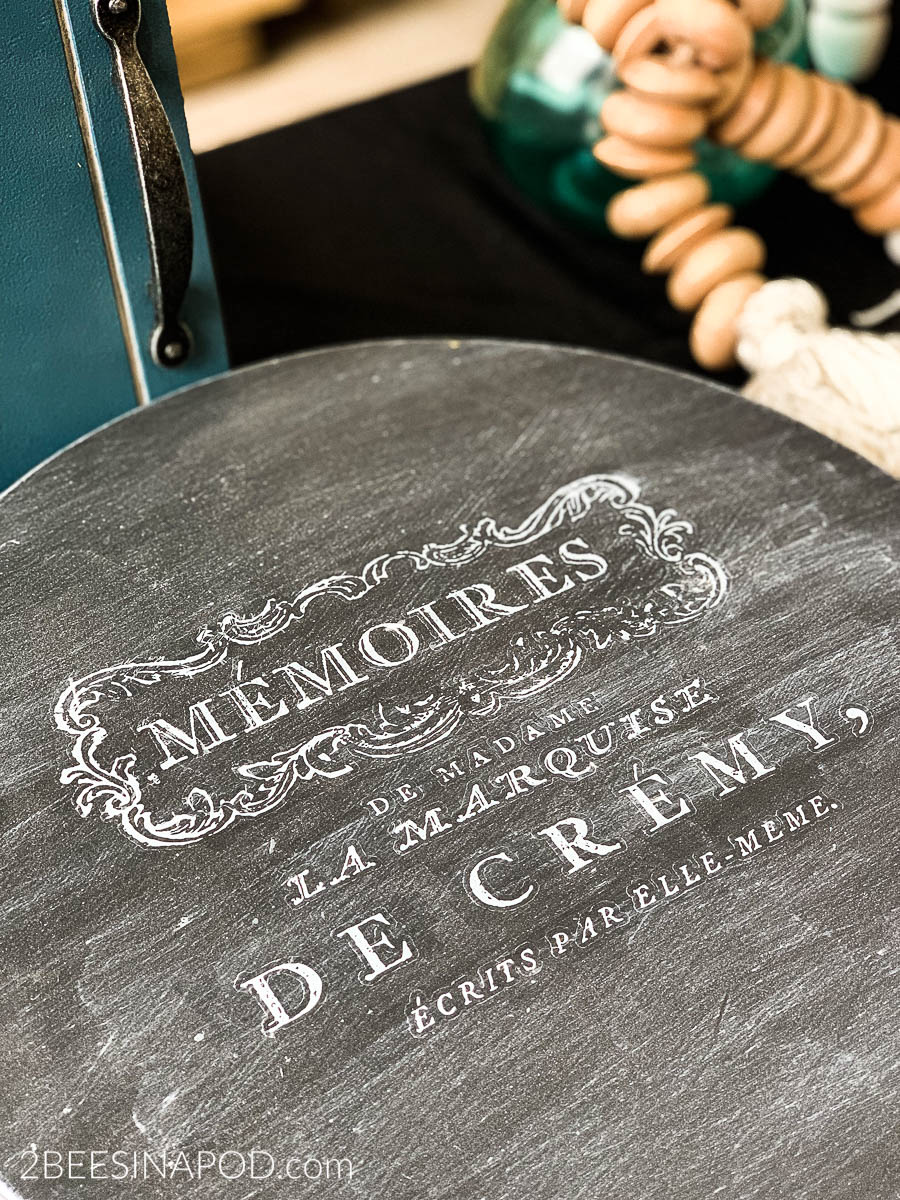 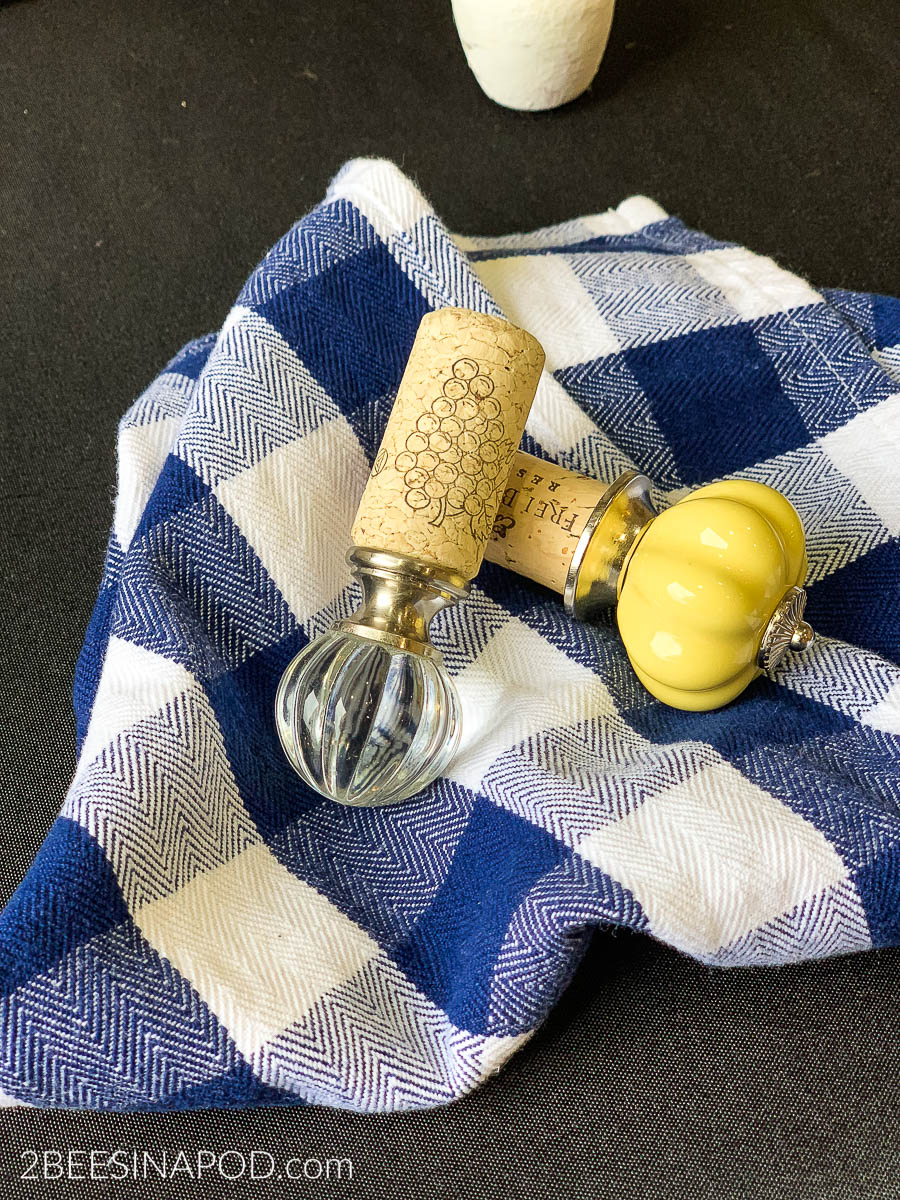 Chip was super impressed that the wood bead garland was made from a thrift store massager too! 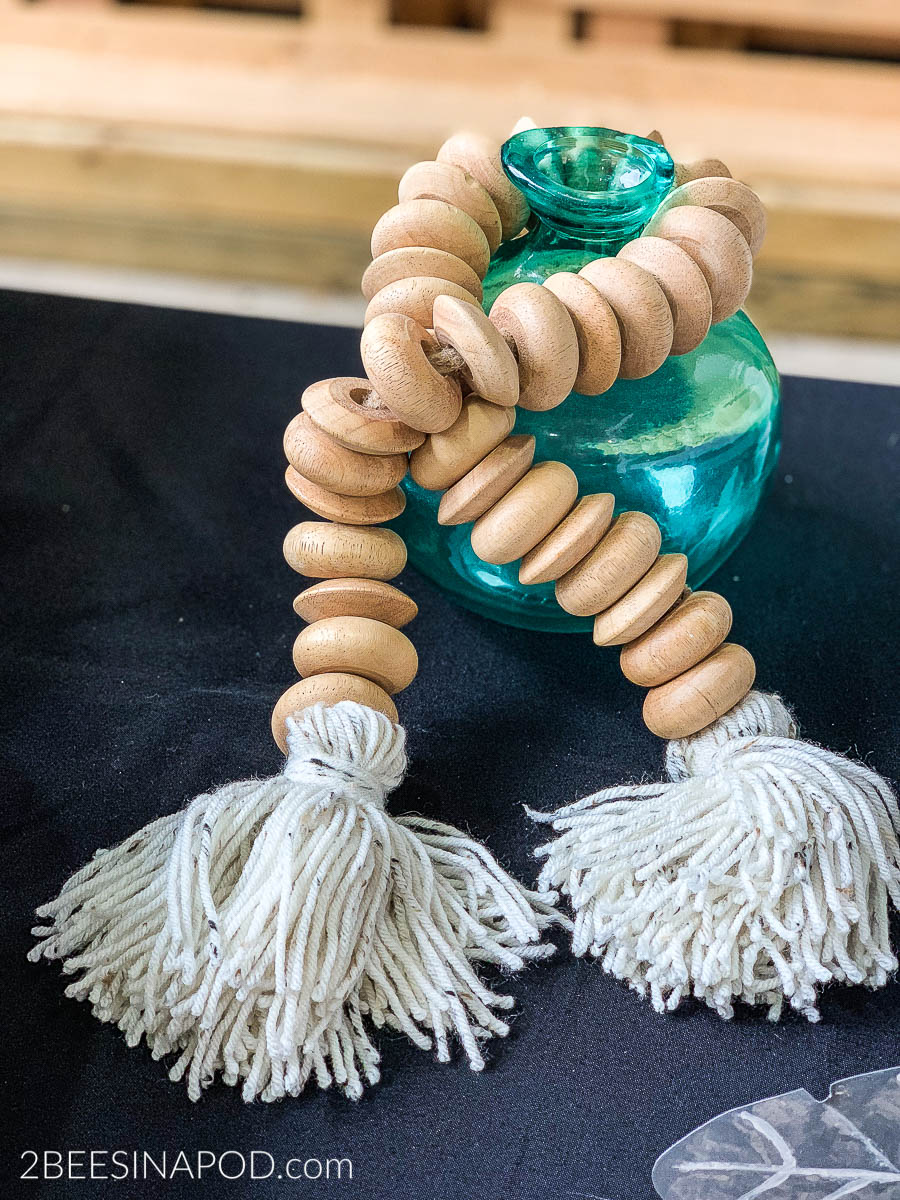 By now the crowd had assembled and the event was ready to start.  Chip addressed the crowd and showcased a beautiful outdoor project that he had just completed. He then introduced the DIY projects in detail and showed them on a video. 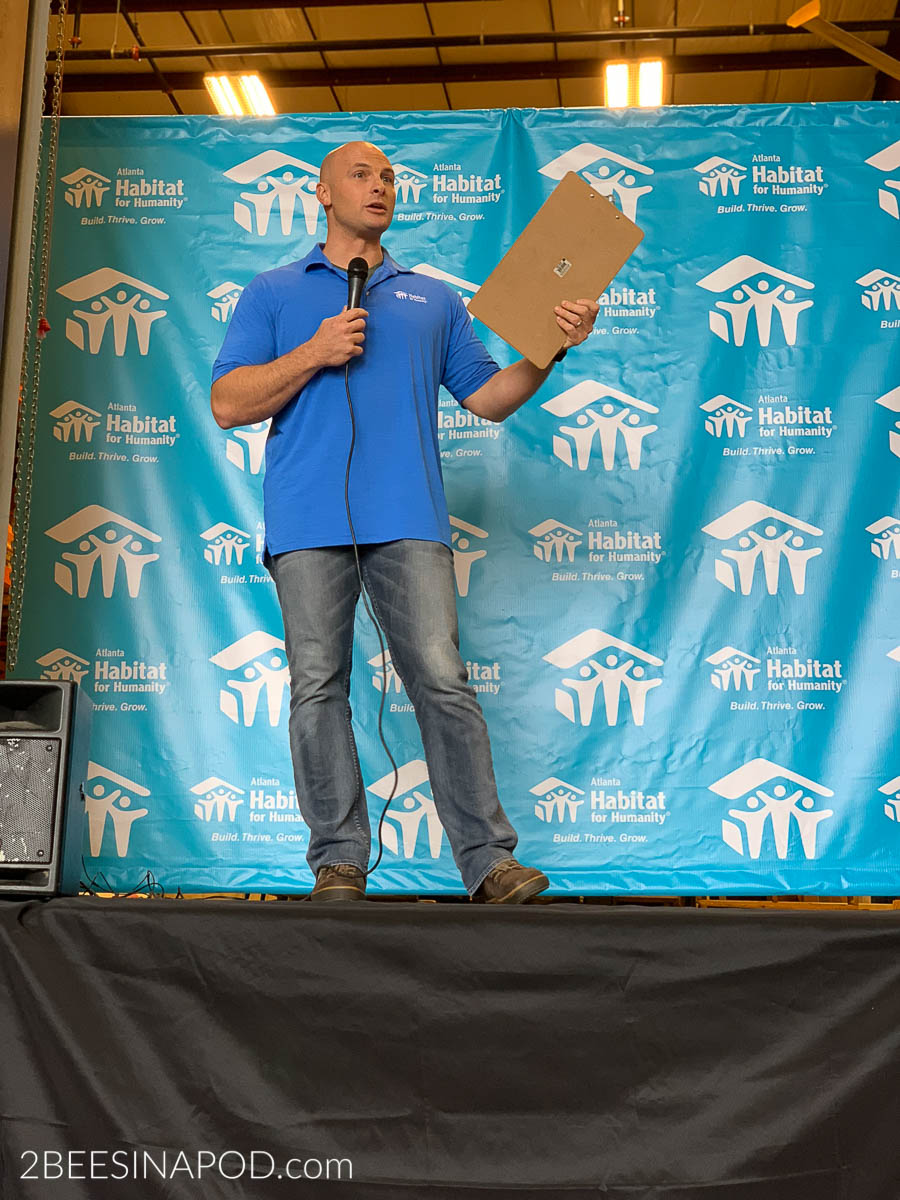 Once he was finished with the video presentation he invited the audience to visit my table so attendees could ask questions about my DIY projects. It was so exciting to have a crowd of people around my table that were genuinely interested in my painted books, furniture and galvanized feathers. I had given out over100 business cards within 10 minutes! I’ve already gotten emails from about 30 attendees asking DIY questions about different projects. I just love their enthusiasm! 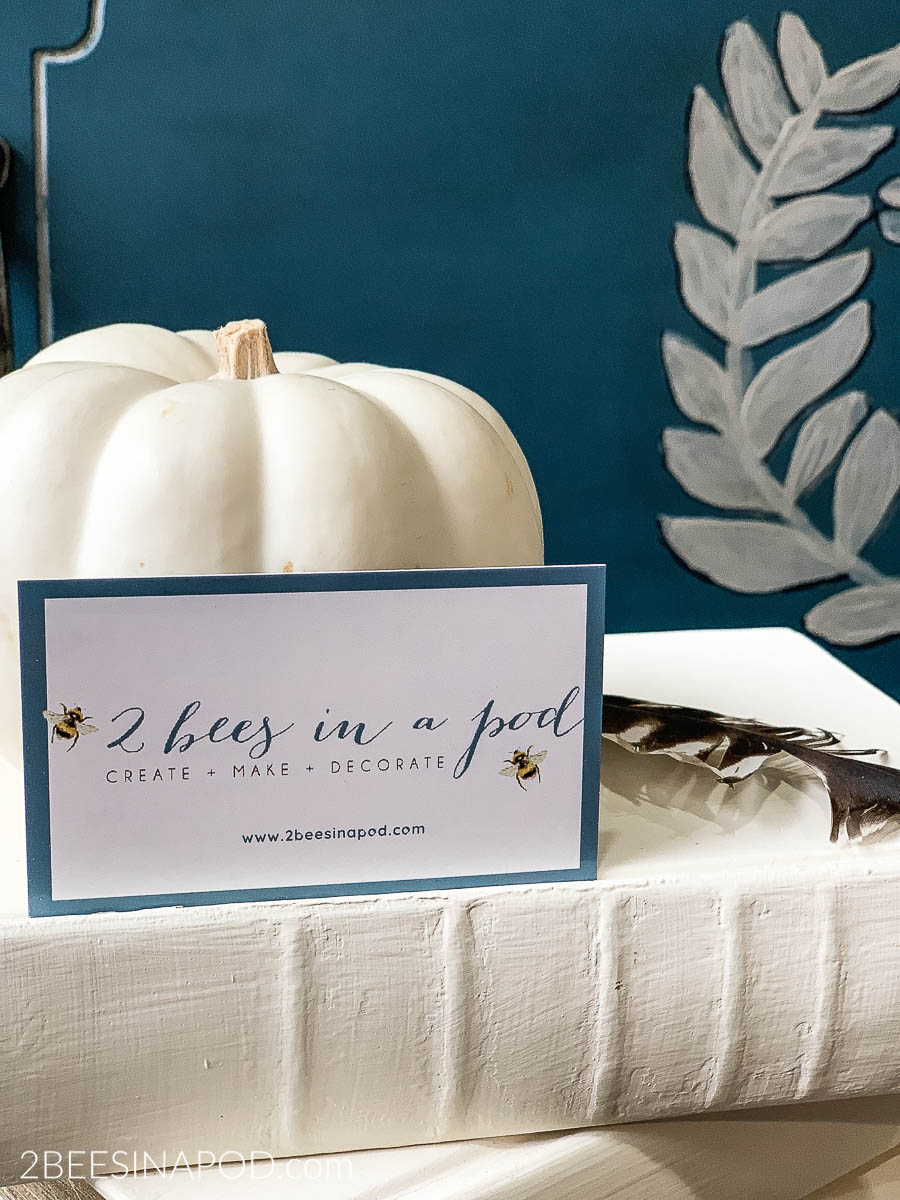 Before he left we took one more photo. It was a great day. I wish that I were able to take pics when the crowd was there – it was so exciting! 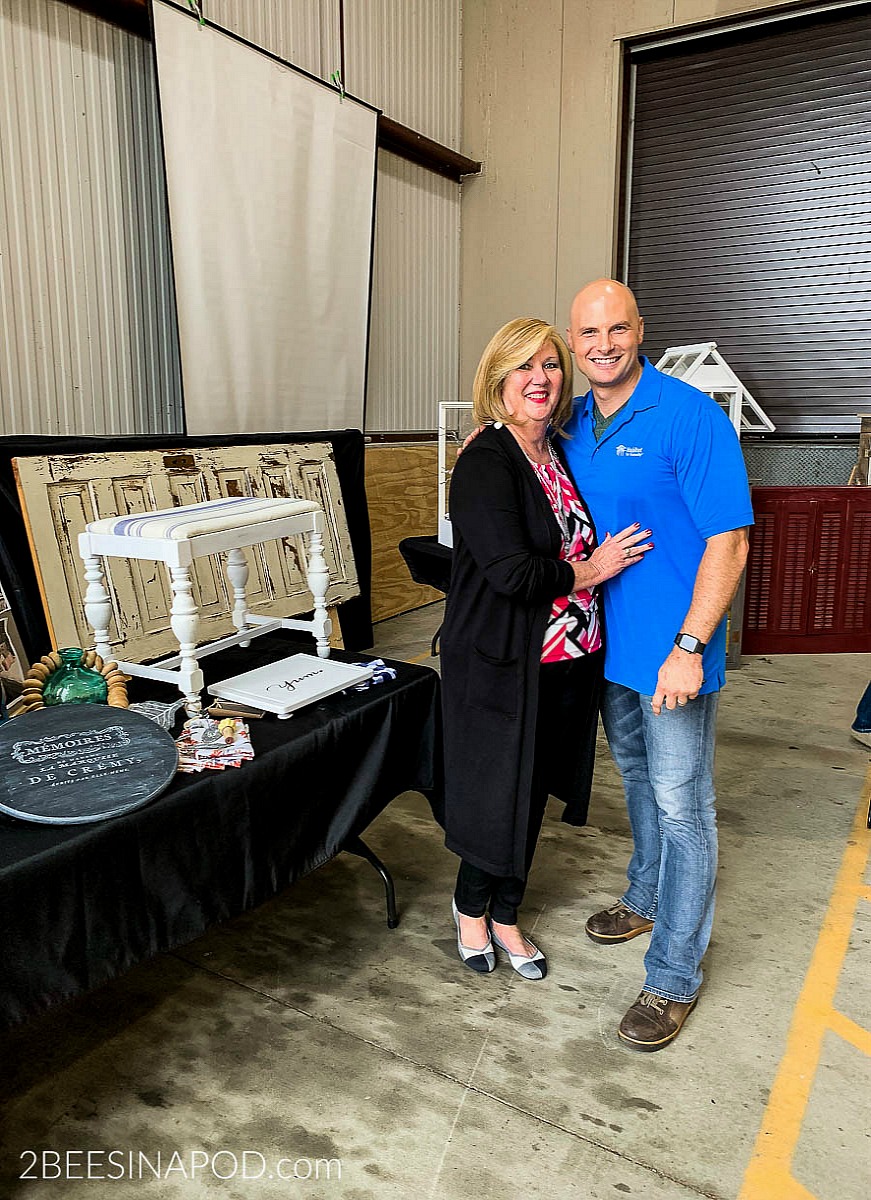 The event with Atlanta Habitat Restore and Chip Wade of HGTV was amazing and I feel so privileged to have been a guest. Hopefully more great things will come about very soon!

Habitat for Humanity and Haven Making a Dream Come True…