Over 3 years ago we bought our cute little house and before we moved in, we worked on making several updates.  One was hanging a new light fixture in our living room, that I absolutely love.  When we had the electrician come out to do the work, we forgot to mention that we needed a medallion on our ceiling to help hide the spot where the hideous fixture had previously been.  So for over 3 years, our living room has been without one, but I finally said, “Enough is enough…we can hang the medallion ourselves!”  For some reason I had been hesitant to do this myself and it seemed like a project I wouldn’t be able to do, but I decided I wanted to give it a try.

When I was looking through the photos I took for this how to project, I started to become embarrassed.  I cannot believe we didn’t think to put a medallion up sooner because these pictures make it look a lot worse than I actually thought it looked!  Clearly we became incredibly used to the way it was and thought nothing of it.  What an eyesore! 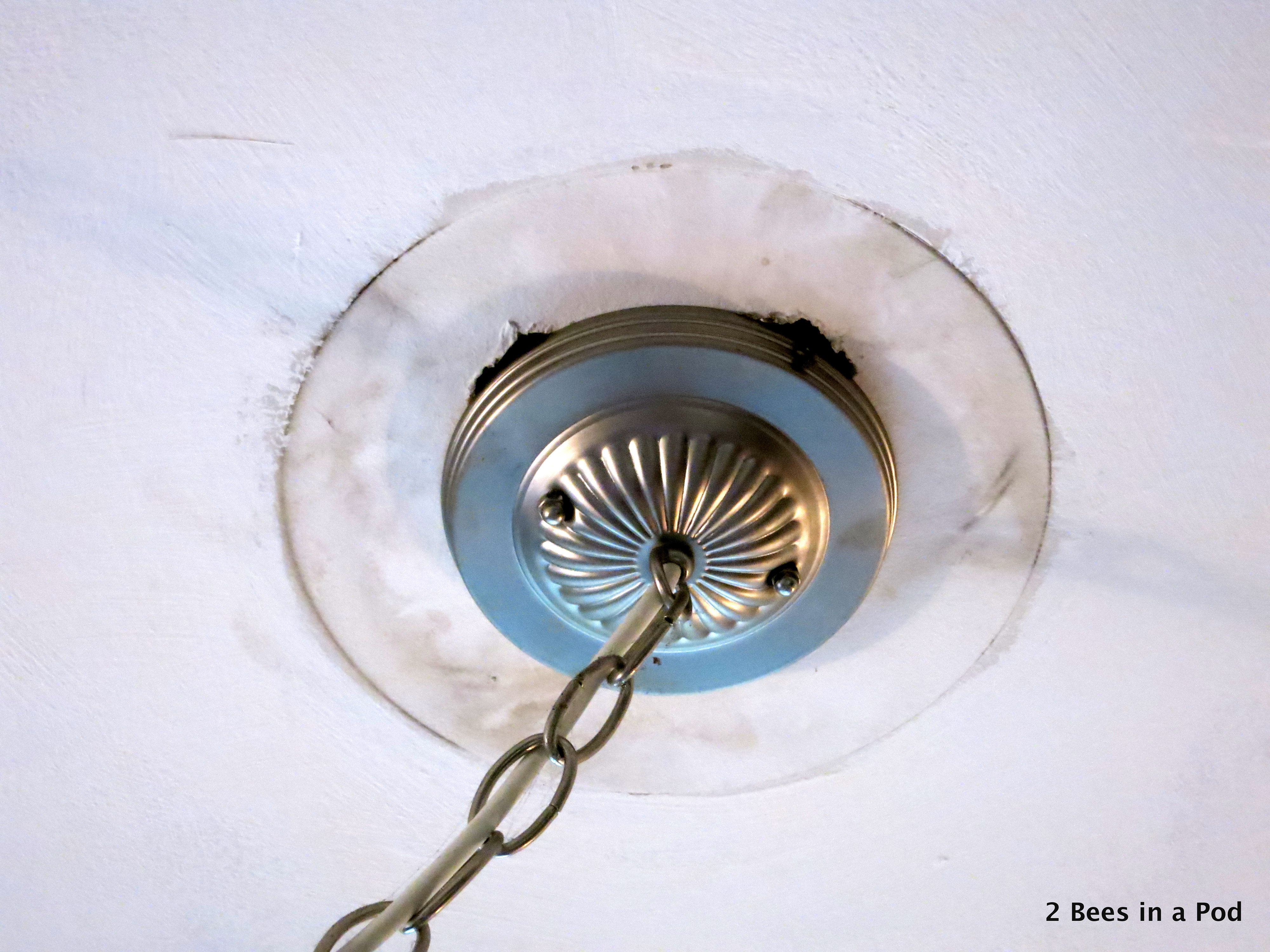 The first thing I did before I got started was turn the breaker off.  I was not in the mood to get to electrocuted 🙂  I then removed the plate from the junction box, careful to not lose the screws.  What a nightmare that would have been!  I also had to disconnect the wires, but luckily for me they were color coordinated. 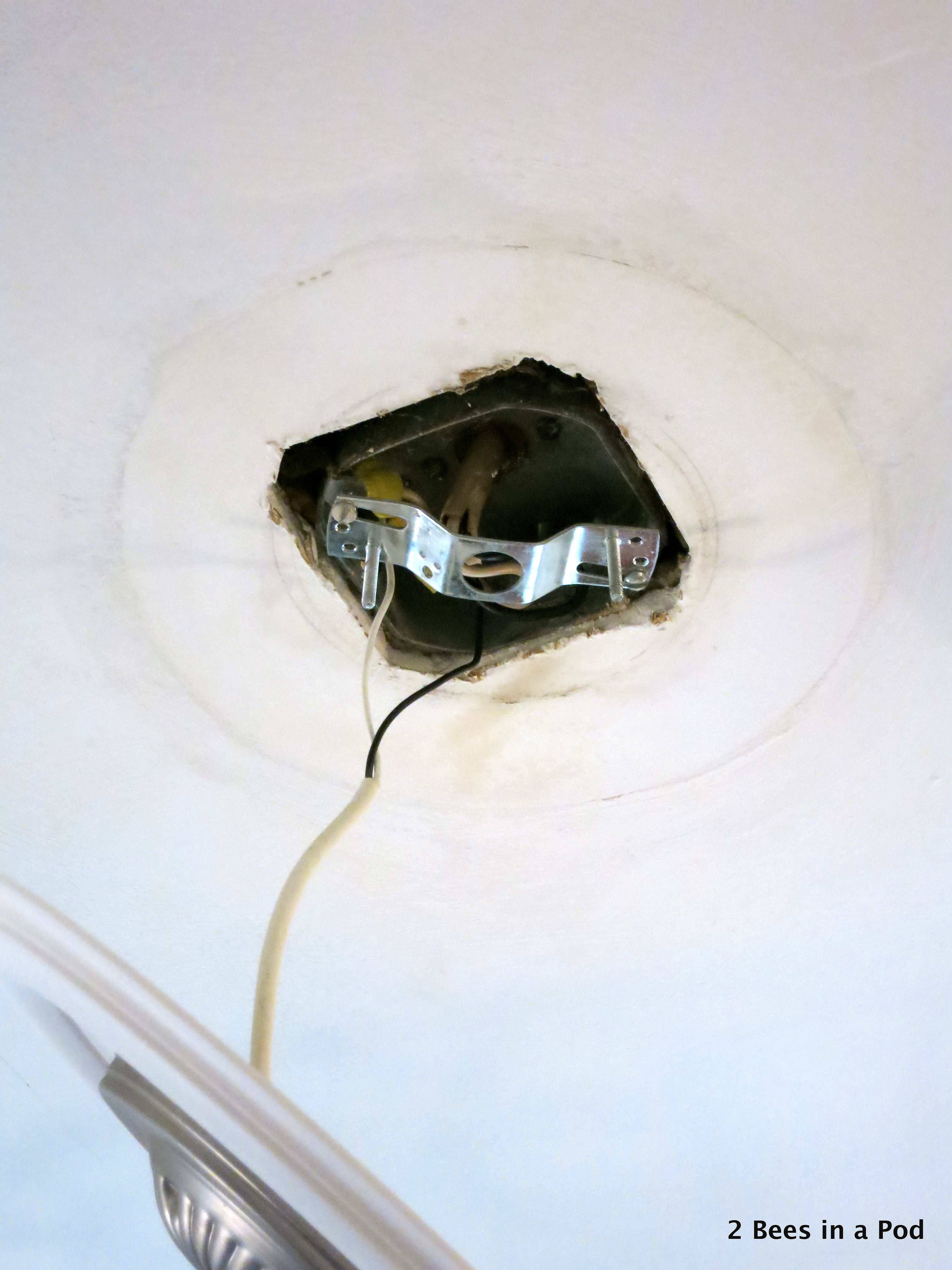 I could have used adhesive on the medallion to help secure it, but I felt like since it was so light that is wasn’t necessary.  All I did was place the medallion in between the plate and ceiling, reconnect the wires, and reattach the screws. It was honestly as simple as that, leaving me to wonder why I didn’t do this sooner? 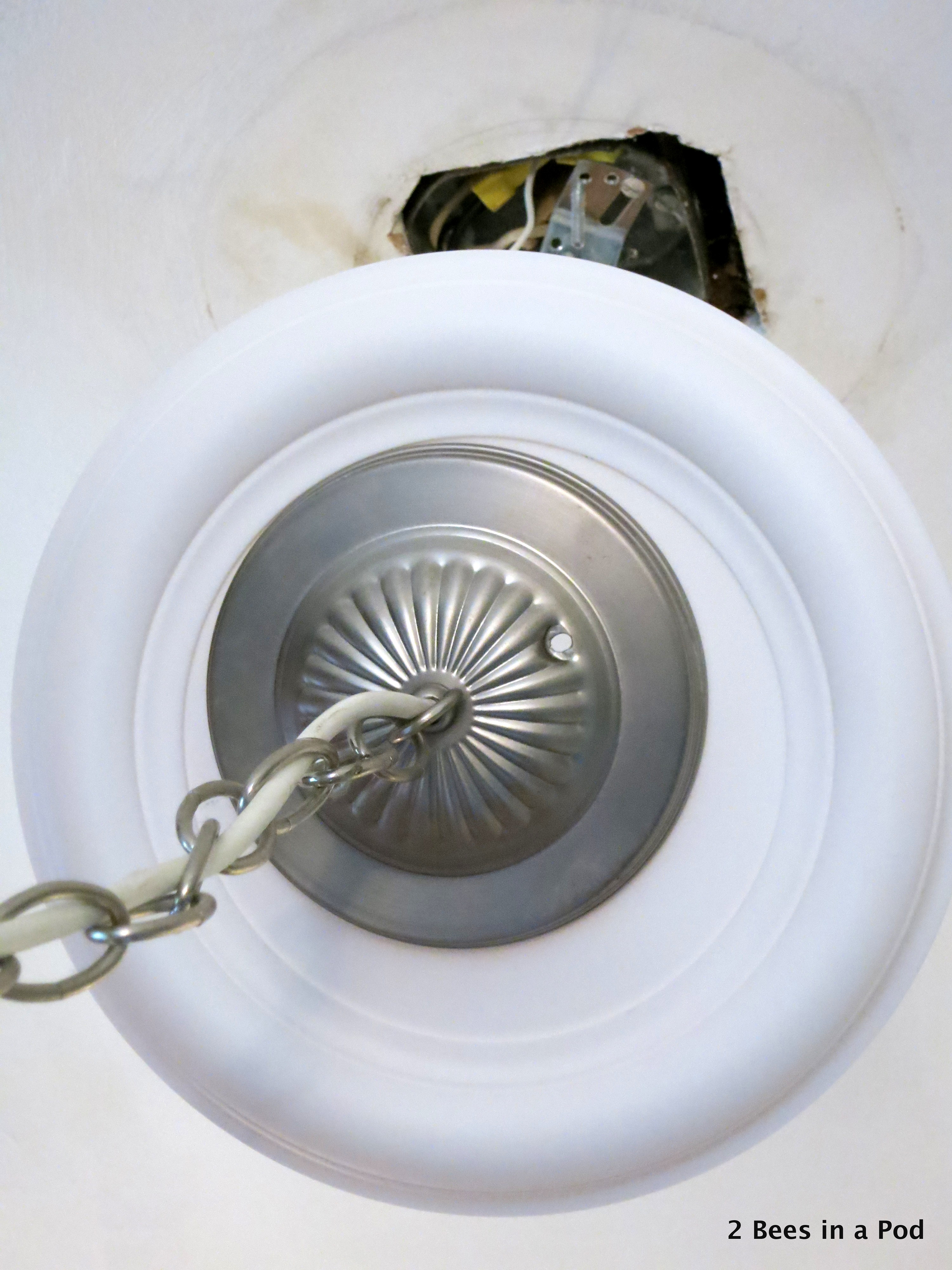 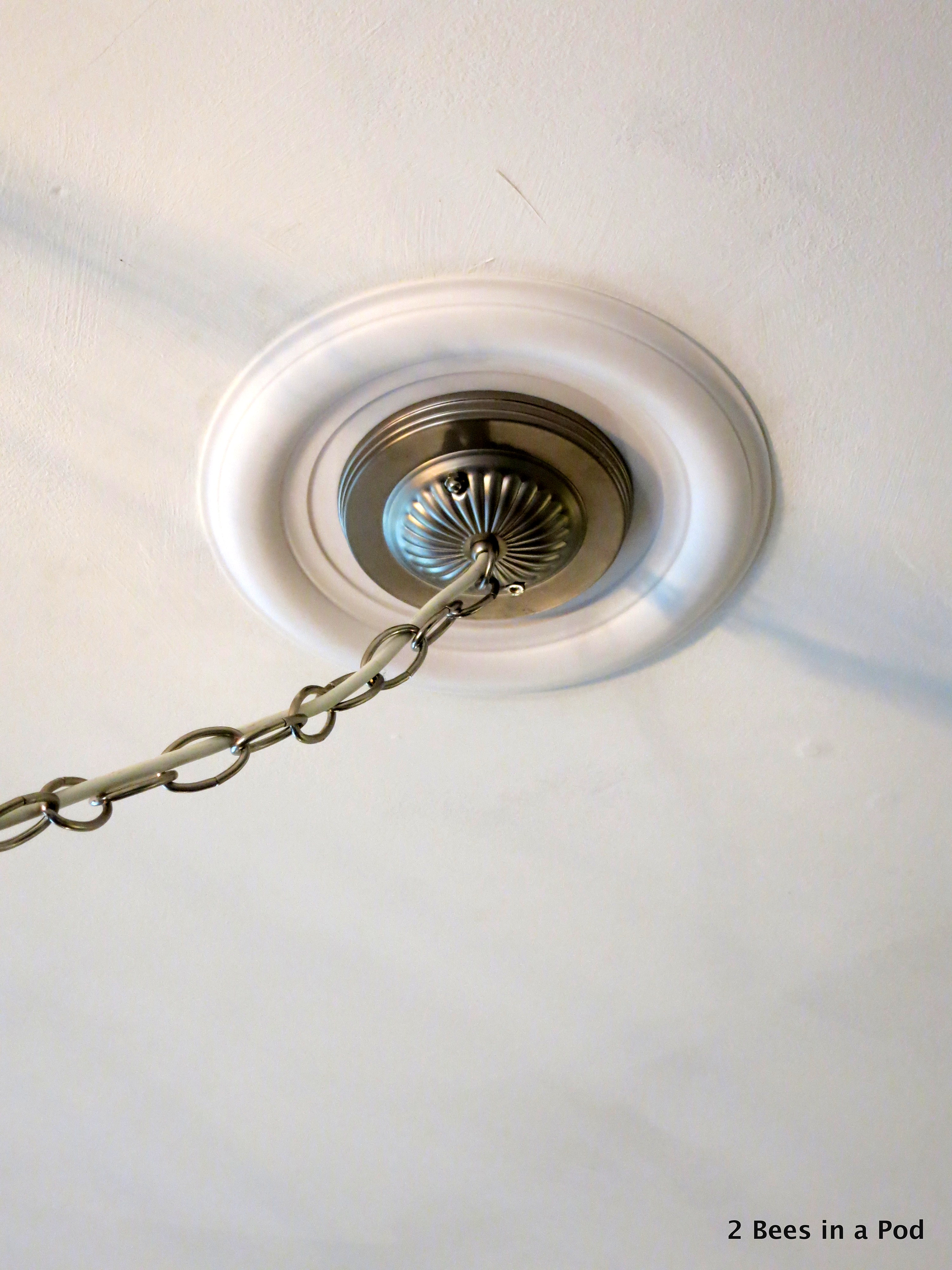 Although it was a simple change, it definitely makes the room feel more complete.  Now it doesn’t look like a DIY project gone bad 🙂 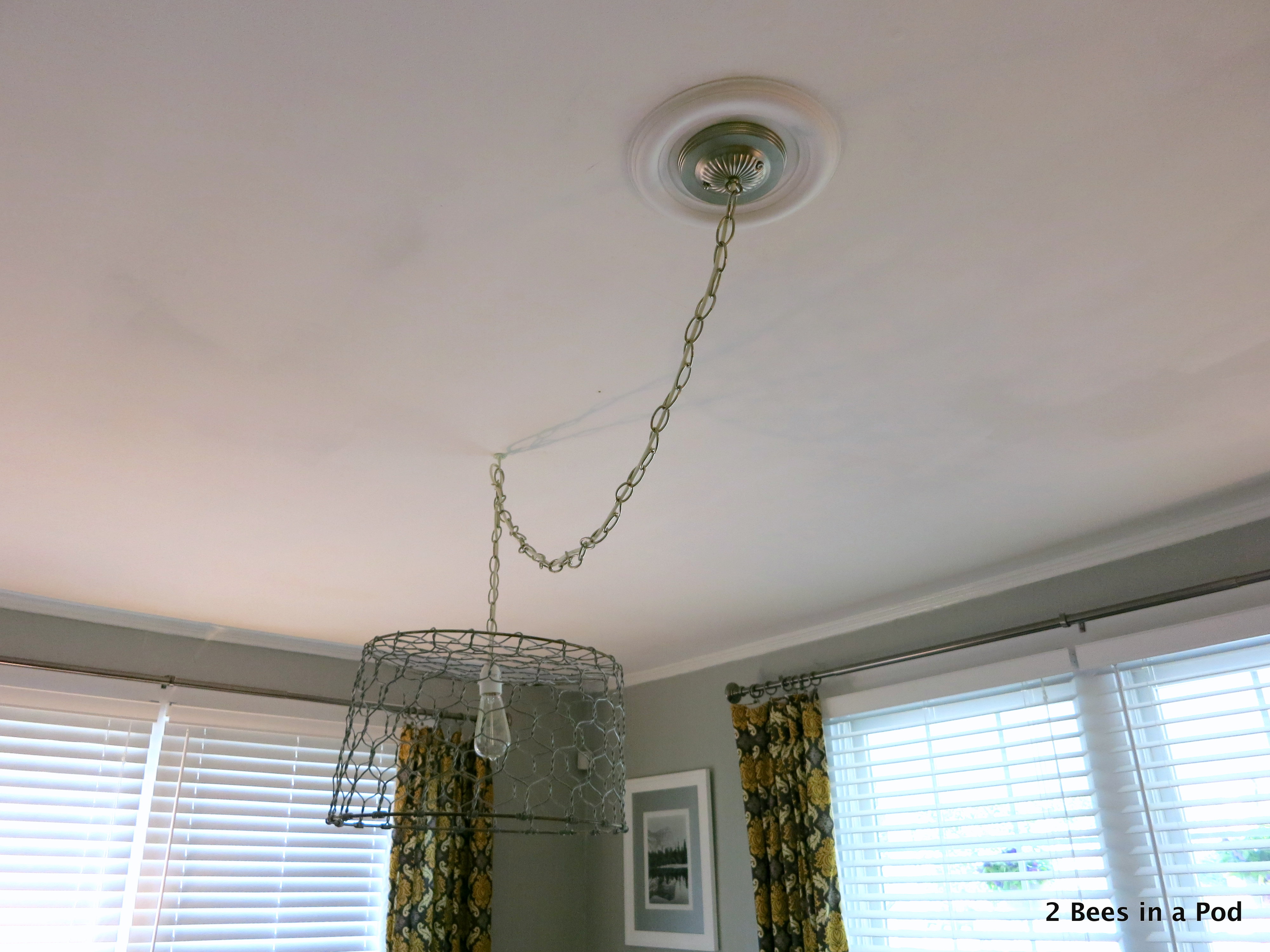 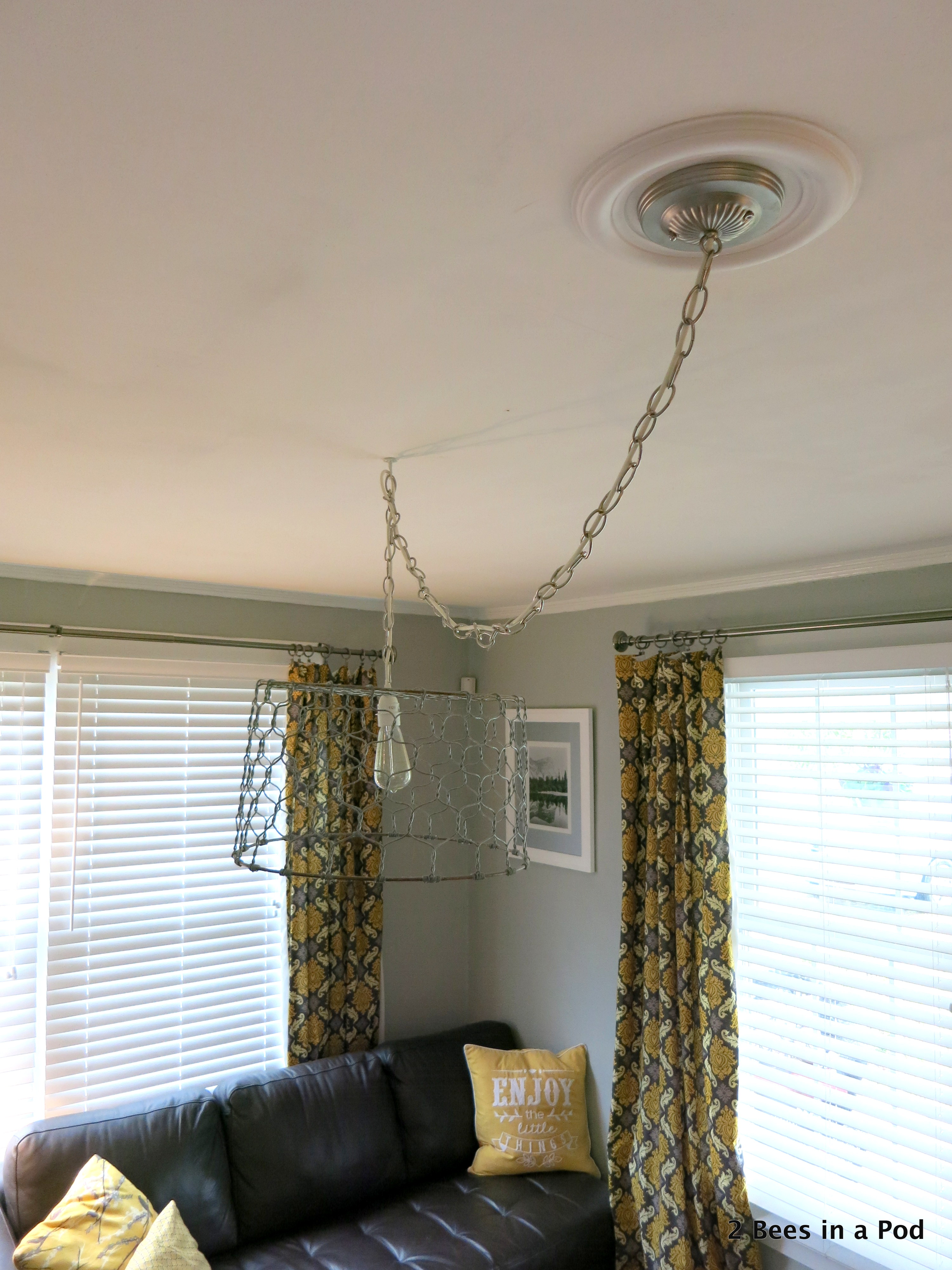 I will say one thing, this how to project definitely taught me that I shouldn’t be so hesitant to try things myself.  Sometimes what seems like will be a bigger and more time consuming project is the exact opposite!